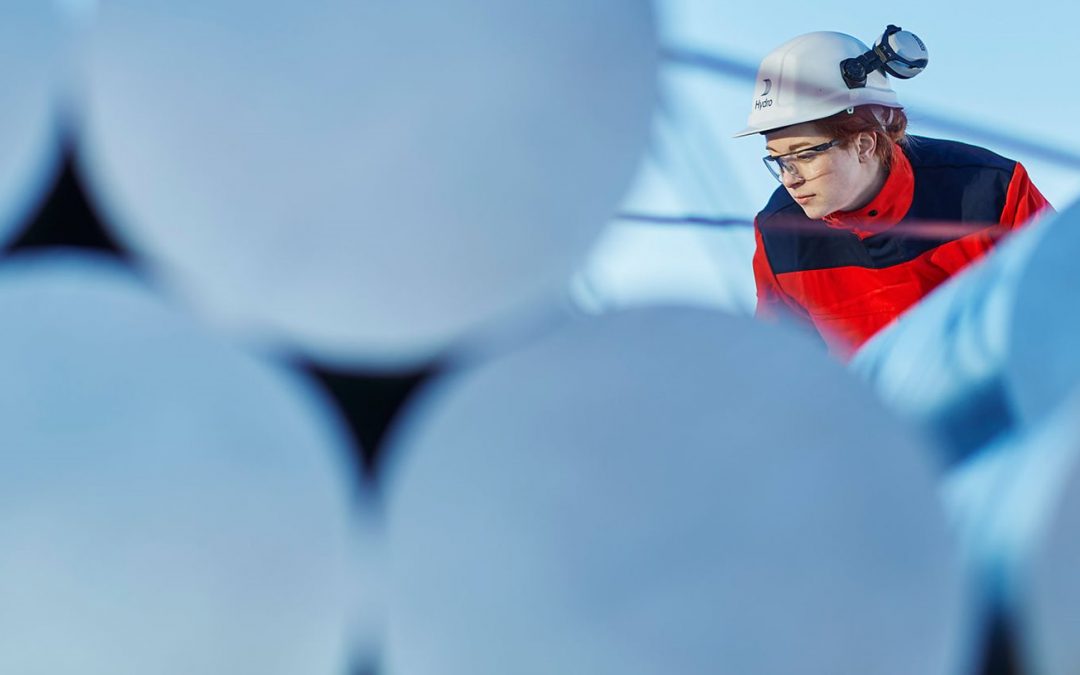 Hydro and circular economy start-up Nuvosil are starting an industrial pilot project on new technology for recycling of aluminium and silicon. The project could potentially reduce processing costs by up to 50% and energy consumption up to 90%.

The new recycling technology for aluminium and other alloying metals is under development by the consortium partners Hydro and Nuvosil, supported by research and industrial partners SINTEF, NTNU, Cemtec (Austria) and Reifenhauser (Germany) in the Low Energy Recycling (LER) project.

The core element of the technology is a unit for screw extrusion of metal materials. During the project the partners aim to build, test and qualify a commercial-scale version of the extruder, in addition to confirming scalability of other associated components and process steps.

“We are very encouraged to kick off the industrialization of the Hydro laboratory screw-extruder technology, which has been tested in a range of R&D projects in close collaboration with NTNU in Trondheim,” says Trond Furu, Research Manager in Hydro’s Corporate Technology Office.

The LER process has the potential to use up to 90% less energy than conventional recycling, resulting in a similar reduction in CO2 emissions. The reduced energy consumption also provides for a significant reduction in processing cost.

Enova has followed the development of LER technology for a long time and supports the project with 9,4 MNOK.

“The technology greatly reduces energy consumption, and significantly increases the recycling rate. Enova believes that technology of this type is needed to reach the low-emission society and eliminate greenhouse gas emissions by 2050,” says Ståle Kvernrød, senior adviser in Enova.

“We are very pleased with the support from Enova,” says Bjørn-Olav Brelin, CEO of Nuvosil. “Even with the very promising operational and financial prospects of the LER technology, Enova’s financial contribution and risk sharing has been crucial for the realization of this project.”

The technology is expected to be tested in one or more of Hydro’s plants in Norway, with production of Hydro CIRCAL, a low-carbon extrusion ingot, as one potential application area.

The project is working on two product paths. One is recycling of aluminium, focusing first on process scrap from machining primary foundry alloys and related products like car rims. The other is a combination of aluminium scrap with silicon from production of wafers for use in solar panels.

Both employ a screw extrusion process, in which the aluminum scrap alone or in combination with the silicon pellets are fed into a screw-driven extrusion press. This process has been developed by Hydro and Norwegian University of Science and Technology (NTNU) in Trondheim, Norway. Hydro is the owner of the technology and holds the patent for use on metal materials.

The LER process is verified on a laboratory-size extruder at NTNU. The project was approved for part-funding by Norwegian governmental entity Enova in August and is expected to run through the end of 2021. The NCE Catapult test center at Raufoss, Norway, is one of several locations under consideration for the pilot extruder.

Welcome to WordPress. This is your first post. Edit or delete it, then start writing!